With One Accord in One Place 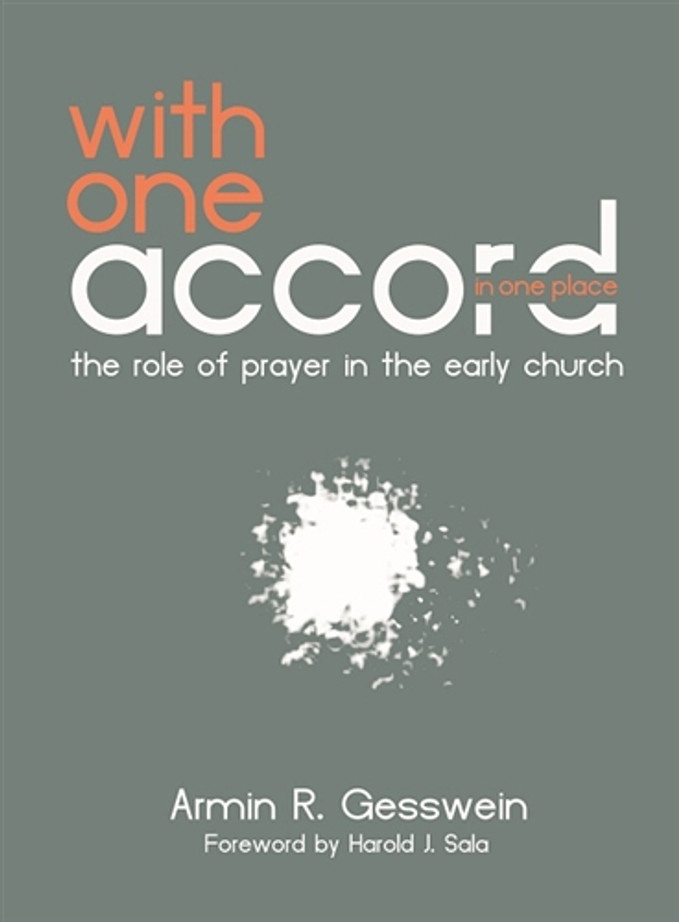 With One Accord in One Place

Product Code:
CLA-GEA-BK-001
UPC:
Qualifies for Free Shipping in U.S. with $100 Order
Buy in bulk and save

Short Description:
The role of prayer in the early church.

With One Accord in One Place: The Role of Prayer in the Early Church is a modern classic, written by Dr. Armin Gesswein (1908-2001). Originally written in 1978, With One Accord challenges churches and pastors to make prayer foundational to their ministries. "The early church was a prayer meeting," says Gesswein. See how prayer empowered it to change the known world.
With One Accord in One Place can redirect the focus of your prayer life, strengthen you with the might of the Holy Spirit, energize your church or study group and bring you into harmony with the will of our father in heaven. Harold J. Sala, from the Foreword

Most know that prayer was important to the early church. But few grasp what that should mean for the church today. The early church was a prayer meeting, says Armin Gesswein. Using the book of Acts, With One Accord in One Place looks at the role of prayer in the early church and how through prayer and the empowerment of the Holy Spirit, this praying church changed the world forever. This modern classic will challenge and inspire you to work toward prayers rightful place in your own church. Prayer will shake up and empower your congregation to be kingdom changers.

Armin Gesswein (1908 -2001) was a pastor and prayer leader who impacted pastors. Armin was used of God in a tremendous move of His Spirit in Norway in the 1930s. He later became a personal intercessor for Billy Graham and developed much of the early prayer emphasis of Grahams Los Angeles Crusade. Armin founded the Revival Prayer Fellowship and was cofounder of Colleges of Prayer, which today trains nationals in prayer in more than 30 nations.

One Year Pray for America Bible

Thirty-One Prayers for My Husband

With One Cry: A Renewed Challenge to Pray for America

Make Us One: A 31-Day Prayer Journey Toward Racial Healing

The Devil Goes to Church: Combating the Everyday Attacks of Satan by David Butts

When God Shows Up: Essays on Revival

Asleep in the Land of Nod (Expanded Edition)

With One Cry: A Renewed Challenge to Pray for America

Prayer and the End of Days by Dave Butts

Pray Like the King: Lessons from the Prayers of Israel's Kings by David & Kim Butts

A Year of Prayer Events for Your Church by Sandra Higley

Pray the Word: 31 Prayers That Touch the Heart of God